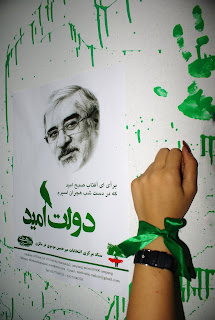 Azadeh!
This is a post in support to all my Iranian friends that hope for a change!!!!!!!!!


The 2009 Iranian presidential election was held on 12 June 2009 in Iran,[1] the tenth presidential election to be held in the country.[2] The President of Iran is the highest official elected by direct popularly vote, but does not control foreign policy or the armed forces. Candidates have to be vetted by the Guardian Council, a twelve member body consisting of six clerics (selected by Iran's Supreme Leader), and six lawyers (proposed by the head of Iran's judicial system and voted in by the Parliament).[3]
With two-thirds of the votes counted, the Islamic Republic News Agency, Iran's official news agency, announced that incumbent Mahmoud Ahmadinejad had won the election with 66% of the votes cast.[4] Mir-Hossein Mousavi received 33% of the votes cast.[5][6] The European Union said it was "concerned about alleged irregularities" during the vote[7], and many international observers expressed doubts about the authenticity of the results.
Mousavi issued a statement saying, "I'm warning that I won't surrender to this charade," and he urged his backers to fight the decision as well as to avoid committing acts of violence.[8] Protests, in favour of Mousavi and against the alleged fraud, broke out in Tehran. Supreme Leader Ayatollah Ali Khamenei urged the nation to unite behind Ahmadinejad, labeling his victory as a "divine assessment".(wikipedia)

Yesterday was a very important day for Iranians all around the world and not only in Iran. I had the oportunity to join some of them and manifest in front of the Iranian Embassy in Kuala Lumpur and also to go to the gathering hold in the campain offices for Mousavi.

I have seen sad and very serious faces of young people. Young people like us with hopes for a better future, with love for their home land and unfortunatly yesterday hasnt been a good day. There are serious claims that the elections in Iran have been frauded and i have been witness to confesses from people that were in the elections and that told me that the number of the votes has been reversed and that Mousavi is the real winner in this year elelctions.

I have compassion for all my friends in Iran and hope that they will face soon a better future ! Iran is a surprising and impressive country and the people there deserve a chance to freedom of choice.

Good luck my friends!Azadeh!
Posted by ALEX at 11:27 AM 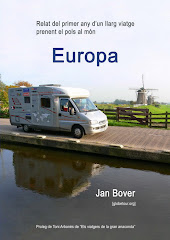